Last week, Global Water Technology, Inc. announced its acquisition of the California based water treatment company, SKASOL Incorporated. SKASOL is a company rooted in tradition and history that runs synonymously with the history and evolution of the water treatment industry. SKASOL’s origins date back to 1927 when Charlie Ellis founded the Allied Engineering Products Company.  At this time, modern water treatment had not yet been conceived. As such, the company began as a boiler cleaning company, focusing on responding to client requests to descale units with a proprietary inhibited acid cleaner called Quick Scale Solvent.

Around 1956, a multinational conglomerate appeared on the scene with a very similar name, Allied Engineering Products Corporation.  SKASOL’s precursor began to constantly be mistaken for this company.  After a few months of constant misidentification, it was decided that it would be easier to change the name of the company, rather than try to get them to change their name.

The company’s leadership did not have to look far when selecting a new name. Due to the company’s effectiveness in cleaning boiler vessels using Quick Scale Solvent, it was the top selling product. SKASOL was created by combining the words “Scale” and “Solvent” (Ska-sol).  Thus, SKASOL Incorporated was formed in 1957 as a California Corporation. It was during this period that SKASOL concurrently redefined itself as a preventative maintenance company and moved towards preventing scaled boilers, rather than just cleaning them after they scaled.

Charlie Ellis eventually passed away and left the company to its employees, some who went on to establish notable reputations in the water treatment industry:

In 1985, SKASOL was one of the founding members of the Association of Water Technologies (AWT).  David Marchman became an inaugural Certified Water Technologist (CWT) with his #12 CWT number.

In 1992, SKASOL moved its operations from downtown San Francisco to the current Oakland facility in 1992. The company had grown to the point where they needed a larger production and storage facility. A mixing room and lab were installed after the initial move-in.

SKASOL has its customer base throughout the greater San Francisco Bay Area as well as territories in Northern Nevada and Southern California. 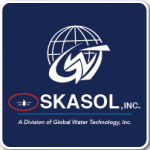 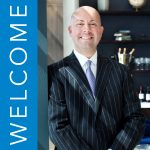